It’s a fact: most people in Europe don’t interact much with Latin Americans.  Even as multicultural as Europe is today — with sizable immigrant and migrant populations from the Middle East, Africa, even the Far East – there are only tiny communities of people from places like Mexico, Honduras, and Costa Rica (for cultural and linguistic reasons, Spain is the obvious exception).  Many people in the ex-Communist countries can’t remember the last time they met someone from Latin America; many have never even heard the term “Hispanic.”  So what happens when you’re Latino and want to visit Eastern Europe?  Especially in the middle of Europe’s polarizing refugee crisis?

I was approached last month by Alissa and Alfredo Morales (who let me use their full names in this blog entry).  They’d lived in California since they were children; Alissa was born in El Salvador and Alfredo was from Mexico.  Racially… they looked Middle Eastern.  What would usually be a sensitive topic was laid out very bluntly over Skype.  On their honeymoon this August to Hungary, Slovakia, and the Czech Republic, Alissa and Alfredo had repeatedly been mistaken for Syrian refugees, and the result was shameful and humiliating.  They were asked at a Hungarian train station how long they’d been on the road to Germany.  Alissa was repeatedly asked if she was pregnant.  Upon boarding a city bus in Cesky Krumlov, they were asked for their passports — for a journey that lasted five miles.  They’d been detained at a small train station at the Slovakian border for two hours while customs agents went through all their belongings – in “response to increased security concerns.”  They were kicked out of a department store in suburban Prague for a reason they still don’t know (the store manager spoke only Czech and German), but strongly believe had something to do with the fact that they resembled no one around them.

“Our honeymoon was ruined,” Alissa told me tearfully.  “What could we have done differently?”

I had to think about this for awhile.  Finally I told Alissa that there are two truths: 1) people’s natural curiosity about foreigners can often override their bias, and 2) deep down, people often want their worst thoughts about others to be proven wrong.   I had learned this while traveling in rural parts of Russia where, to say the least, people aren’t big fans of Americans.  Alissa and Alfredo were surprised by what I had to share, and I was equally surprised when they told me they wanted to “redo” their honeymoon by going back to Budapest in late October.

“We were so upset and distracted on our first trip that we didn’t get to see or do half the things we wanted to,” Alfredo told me.

Needless to say, it took exceptional bravery to want to go back, and we continued to work together.  I told them that no two individuals are going to change how frustrated Eastern Europeans feel about their tiny countries being “invaded” by migrants.  Alissa and Alfredo admitted that most of the time when they were out and about on their trip, they’d turned angry and bitter, and this probably hadn’t helped how they were perceived.  Alissa, I said, you’re going to have to smile.  Talk with strangers; go out of your way to do it.   They will know soon enough that you are an American.  Those bored train station attendants who look like they want to give you a hard time? Ask them if they can take a picture of you two.  Heck, they are already staring at you.  If you ask for a picture, you are most obviously a tourist, not someone who is there to claim asylum.  Make friends with the people who “have” to like you because you are buying their services: your hotel reception staff.  You can rely on them for help if you get “detained” in the city.  They know you are Hispanics, Americans, tourists.  Even the most biased people will help you in the interest of doing business.

Alissa and Alfredo always took great pride in being independent tourists and exploring on foot, but we agreed that the chance of them being stopped by bigoted police was lower if they were on the Hop-on Hop Off bus — and they agreed.   I told them  to spend a little extra money to take a taxi than a city bus, and to have their American passports ready to show at the train stations rather than having to rummage for them and give some restless Slovakian time to demand what’s in their bags.  The reality is, it’s a lot easier on a short trip to work around and avoid people’s suspicions than try to alter their stereotypes or worst fears.  I told them, You’ve been to Hungary before; you know what to expect.  The worst is over.  Now you just have to do it again – the difference is that this time, you’re going to enjoy it.

They took off on their “new” honeymoon on October 24, and I heard back from them a couple days ago.   They sounded relaxed and excited.  They were staying at a much smaller hotel this time where they had a great relationship with the husband and wife owners,  who gave them some pointers of their own and found them an opportunity for cross-cultural exchange.

“We’ve found the only Mexican restaurant in all of Budapest,” Alissa said.

“Well, the manager asked me to cook a dish for him,” she replied.  “I took it as a complement.” 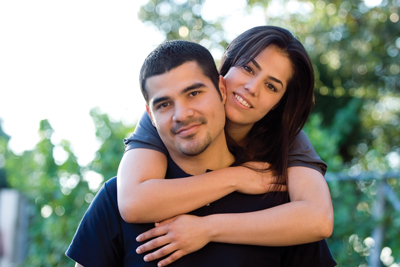 © Rita Anya Nara, 2013-2014. Unauthorized use and/or duplication of this material, text, or images, without express and written permission from this blog’s author is strictly prohibited. Small excerpts and links may be used, provided that full and clear credit is given to Rita Anya Nara with appropriate and specific direction to the original content.
Loading Comments...
%d bloggers like this: